It was one great year for sure!

First of all, I got a better job and moved to a new place, where I set up a studio more comfortable than so far. Not a bedroom producer anymore! Now I have both money and time, two commodities people are always struggling with. Nothing can stop me now!

A plenty of tracks got released – precisely, six of them. While I want to make more and certainly have some more left on my drive, it’s still a record. Another two tracks are already queued for release in 2020, first one coming just in January.

END_OF_DOCUMENT_TOKEN_TO_BE_REPLACED

Today is a lucky day indeed! But let’s focus on music news, there’s enough for everyone.

My original tune “Hubris” is a part of Sampler 002 released on Mindlifting Bundles, a sub-project of respectable Mindlifting Records label. Already out as Beatport preorder, go and grab it!

It’s getting lots of love from Soundcloud, hoping for a big success!

Speaking of success (in the past), my recent remix of “France” by LTM vs Must Rush got a nice remaster. Why? It will be featured among 15 highest-selling tracks as a part of “The Best of Tecnomind Music“, also coming at Mindlifitng Bundles (these are all ran by one guy if you wonder. Thank you Jose!). 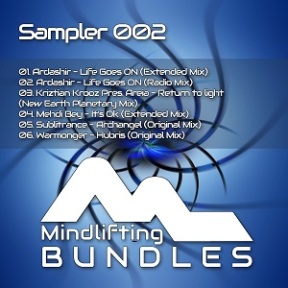 Another remix signed to Tecnomind Music is a hard trance take on “Overload” by Alhena. This one has no release date yet, but I dare you, you’d better not miss it.

That’s all for now, folks!

2018 was unusual year, as I feel something has changed. Unlike in previous years, which were mostly all the same, bare from occasional musical enterprises.

END_OF_DOCUMENT_TOKEN_TO_BE_REPLACED

That was a good year. 3 New tracks released, many more produced, more followers and plays. There’s also new Youtube channel and finally other people are interested in promoting my stuff, at least to some extent. In general, I’m getting some recognition within the scene.

I also set up new PC, finalized my plugin setup, established workflow and finally made VIP 3.0 working. More on the latter in future posts.

The remix of Rompasso – Angetenar is about to top the number of Soundcloud plays of any year before in total, which is incredible. Youtube is doing pretty well so far, too.

Now, the downsides. Getting signed or at least getting any response from label at all still seems to be more difficult and take more time that actually producing stuff. But well, nobody said it will be easy. If the music is good, eventually someone has to sign it, right?

The blog you’re reading right now got drop in number of views this year. Apparently soundware, analyses or personal opinions attract more readers that actually produced music. Even if the music is signed, and my posts potentially could be totally made up and worthless :P. It’s fine, though, I definitelly have plans to add some tutorials in the future, possibly using new Youtube channel.

There are few tracks already made and waiting for labels. I’ll get back to production next year, once I’m done with additional preparations. Also waiting for Live 10 to come out.

DJ mixes? Not too many of them so far, but I have a plenty of music waiting and could do some if I find time.

My previous release Convergence found its way to Youtube, so you can listen it in full version. Mind it was not mastered for streaming, and that makes a difference.

That being said, the track met no interest whatsoever. I seemingly hit the wrong label which just doesn’t promote stuff at all. Just avoid Speedsound altogether, guys.

In the meantime, remix of Angetenar gets a number of plays everyday, already reaching 1100 today. And doesn’t look like this madness is going to stop anytime soon.

Strangely enough, most of plays come from the country of Turkey, for which I have completely no explanation. But anyway, there’s some success to celebrate 🙂

Another remix prepared for a contest (so far, the last one) – pure trance at 140 BPM. It quickly turned out exactly how I imagined it. Now you can enjoy this properly mastered version. Check this freebie!

END_OF_DOCUMENT_TOKEN_TO_BE_REPLACED

It took a long time, but eventually I hit 50 followers on Soundcloud profile. For that occasion I promised to give away a track. Here’s new, reworked Green Energy (2016 Mix) free for download.

Over last months I tried hard to achieve that commercial quality and loudness. Some people already told me this is it, so you can expect many more tunes in following months. Actually some are finished and waiting.

Also, I already know how to make it even better 😉 Stay tuned.

Another milestone reached! This blog got over 5000 visits. I also hit over 2500 plays on Soundcloud  and over 1250 on Mixcloud.

The traffic slowly but gradualy goes up, which means you trust me and come back for some more interesting content. There are at least 3 things I’d like to share with you and which are already finished.

Suprisingly, the very most popular post is recent Ableton rack. This shows I have some future in soundware creation.

Ideas – we all have them. My single from last year, “Investigations”, is a collection of ideas not correctly developed. The more I listened to and played this track, the more scared I was. Behold! It’s now free for download.

The track was originally made in summer 2014. I played it a number of times since then in different versions. Finally reworked it just yesterday with new mixdown setup and some tricks which make it sound clean and bouncy. This way you can it all clearly, be it good or bad.

It also turns out that making trance sound very good and proper is easy – once you know how to. For all these years I was lost in details and messed up the basics. The base is correct bass and kick interaction as well as lots of dynamics. Once you got this done, every sound follows easily. Just check it out on your own.

A random observation: Soundcloud stats since some time act randomly, going up and down. Don’t know what to think about that, or how many people actually enjoyed the track.

Since I’ve been posting music both on Soundcloud and Mixcloud, I can note some observations:

1. There are no rules. You can never know what people will enjoy and what they won’t.

2. Nobody will listen to your promo mixes. However, people will give the most likes to some shit you were afraid to ever share in public.

3. All the music you find the best will get the least listens.

4. The more plays for certain piece, the less likes it gets.

5. People who tell you that you’re amazing and what not are very likely to not follow you at all and leave the website altogether just in a few days.

6. Most of people who visit your webpage were actually googling for cooking receipe and not the music of any kind, especially not the one that you play.

That being said, I’m climbing up on Mixcloud charts every week. Good music always will find its way to the top 😉

Still, if you came on this page on purpose, please follow me on Facebook, Soundcloud and Mixcloud. Lots of good stuff coming all the time.